An interesting article about Graham’s land in Antarctica from Richard Graham was published recently. He said that it was named after James Graham who was First Lord of the Admiralty but he did not mention that he was also James Graham, the 2nd Baronet of Netherby.

This fact reminded me of another piece of real estate that also carried the Graham name. Graham’s Island is known as Ferdinandea by the Italians who also claim rights to the island since it is about 19 miles off the western coast of Sicily. The French called it Ile Julia because it had appeared in July (1). Spain also declared it had territorial rights. Great Britain had been the first to set foot on and named the volcanic sea mount for their popular First Lord of the Admiralty, Sir James Graham of Netherby.

Its history goes back to when it was first reported during the First Punic War (264-241 BC) and the island has appeared and disappeared four or five times. There have been several eruptions reported since the 17th century but it had not become an island until July 17, 1831 when it was first seen by Michele Fiorini of Sciacca, Sicily, who had been sent out to inspect the area in his fishing boat (2).

The island continued to grow in size until it became about 2.5 miles in circumference and 207 feet in height. Its location was 37°, 11’ of latitude north and 12°, 44’ of eastern longitude from Greenwich (3).

The English interest was due to its location close to the sailing route from Gibraltar to Malta. Captain Sanhouse, commander of the cutter, H.M.S. Hind, who disembarked on the island, planted the British flag thus claiming it for the King of England and naming it Graham Island for the First Lord of the Admiralty (4).

The British realized that the island was closer to the European continent than the Island of Malta and felt that it would be to their advantage to claim the island as a base to control traffic in the Mediterranean. The King of Sicily also realized the strategic value and dispatched a ship to claim the new land and name it Ferdinandea in honor of King Ferdinand II. Then the French came along and compared it to a bottle of champagne and named it Ile Julia because of the month it first appeared.

For five months the nations fought in the press and through diplomatic channels over who had first claim to a 200-foot high piece of basalt (5). Tourists traveled to see the island, and a resort was planned to utilize its beaches. Sadly the volcanic material from which the island was formed was so fragmented and soft (Tephra) that it could not withstand the effects of the ocean waves. By December 17, 1831, officials reported that there was no trace of Graham Island.

Today on marine charts, it is called Graham’s Bar and is approximately 18 feet below the surface of the Mediterranean. This small near-surface shoal has become a good habitat for many marine creatures that dwell there.

Briefly in 1863, the volcano re-established Graham Island for a few short weeks and then disappeared. In 1986, United States planes bombing Libya mistook Graham’s shoal for a Libyan submarine and dropped depth charges on it (6).

While Graham Island was in existence it was visited by Sir Walter Scott, and it was the inspiration for James Fenimore Cooper’s “The Crater, or Vulcan’s Peak,” Alexandre Dumas’ “The Speronara” and Jules Verne’s “Captain Antifer” and “The Survivors of the Chancellor.” It also provided the inspiration for the isle of Leshp in Terry Pratchett’s “Jingo.”

In 2000, David Mannucci designed a coin with the bust of Queen Elizabeth II on the face and a logo of Ferdinandea Island on the back. He produced an unofficial minting of a penny in silver and in copper after reading about the existence of the “ghost island” in a newspaper article.

It is interesting to note that while this coin bears the name of a King of Two Sicilies (Naples and Sicily) it also bears the likeness of an English Queen and is in the denomination of the British realm (7).

There are two other Graham Islands, which are both part of Canada. The smaller of these lies in the center of the Norwegian Bay region of the high Arctic zone and forms part of the Queen Elizabeth Islands group. It is south west of Ellesmere Island. The larger and populated Graham Island is part of the Haida Gwaii Islands (formerly known as the Queen Charlotte Islands) that lie off the western coast of British Columbia. This island is of much more interest and a future article will appear in The Clan Graham News and online. 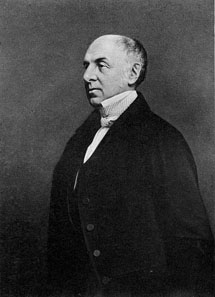 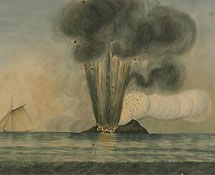 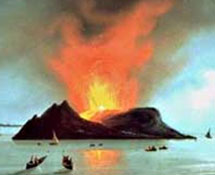