The following article was compiled and written by Ron Jones on behalf of his wife, Annette Graham Jones, Member-at-Large in the Clan Graham Society. This was originally published in the Spring 2012 edition of The Clan Graham News. 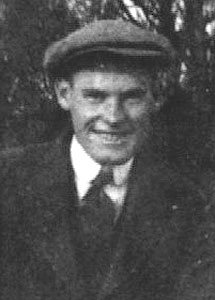 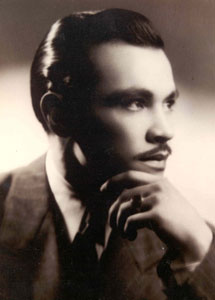 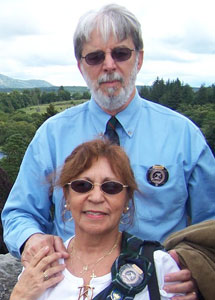 My earliest known Graham ancestors were the immigrant James Graham and his sons John, Joseph and William who came to America in the years following the American Revolution. This James is the James Graham who came to Indiana County (then Westmoreland County) Pennsylvania in 1792 with the group described in the following article on the founding of the town of Armagh, Pennsylvania.

(The following information relating to Armagh is from the Armagh Area Bicentennial 1792-1992).

This village, the second and the oldest of all the existing towns in the county, (Newport being the first,) was founded in September 1792, by Margaret Jane Graham, the wife of James Graham.

The first settlers were a portion of a ship load of emigrants from Ireland, most of them being from the counties Armagh and Antrim, who arrived in America on the 21st day of July 1792. They located in Western Pennsylvania, eight families arriving on the present site of Armagh, in the early portion of August of that year.

These eight families were an Associate Reformed church in the county Armagh, and were composed of James Graham, Margaret J., his wife, and four children by a former husband, a Mr. Parker; David Tomb, (a brother of Mrs. Graham,) wife, one child and a sister, Mary Tomb; James Anderson, and wife; A. Fee, wife and one child, Elizabeth; Alexander Carnathan, wife and four children; James Leslie, and wife; James Luke, and wife; and Hugh Junkins and wife.

The site of Armagh was partially covered with a thin and scrubby growth of oaks, and was like in appearance to an ole field on a hill. Armagh, Armaghada, in the Irish dialect, means a field on a hill, hence its name.

Margaret Jane Tomb Parker was the widowed daughter-in-law of Lord Parker of Belfast in Northern Ireland. After her husband William’s death, apparently in the 1780s, the widow Parker fell in love with James Graham who was the overseer of her husband’s lands in County Armagh. Their difference in social status resulted in some opposition to the match and to escape these pressures Margaret Parker sold her holdings and with the above mentioned companions immigrated to the newly founded United States of America.

The eight families set sail from New Castle, Ireland, on two ships, The Minerva, mastered by Charles Forrest (burthern 400 tons) and Renown, mastered by William Loth (burthern 450 tons). They landed in Philadelphia on July 21, 1792, by way of the North Atlantic the Deleware Bay and onto the Market Street Wharf. Irish immigrants were not well accepted on the Eastern seaboard and were often told to move west.

The group left Philadelphia after obtaining the necessary provisions for a trek into the western reaches of Pennsylvania. By the first of September the group had made their way to a place known as Plainfield. The group liked the lay of the land, as it reminded them of Armagh, Ireland. It was decided by the group to travel west no further. Mr. Graham said he would try to find the owner of the land and get approval to stay as fall was fast approaching and shelters had to be built. It is recorded that Robert Douglas had obtained patent from the Commonwealth of Pennsylvania, being the area known as Plainfield. James Gibson bought this area of Plainfield in 1790 and sold the area to James and his wife Margaret in 1798 for a total sum of $16.

It is likely that the children of James Graham followed their father later; however, all were residents of Pennsylvania by the 1800 census, in which James and two of his sons,William and Joseph were listed in Wheatfield Township, Westmoreland, County. Further indication that the two James Grahams were one and the same is evidenced in the fact that William Parker, Margaret Graham’s son, was listed as voucher on the naturalization records of James, Joseph and William Graham between 1800 and 1810 in Indiana County. John’s application for naturalization was made in 1795 and was granted in the Westmoreland County courts in 1802 from which Indiana County was formed in 1803. A substantial tract of land was granted to the Grahams in and near the town of Armagh giving rise to the claim of the Grahams being the founders of Armagh.

John would settle in Buffington Township Indiana County where he lived at the time of his death in 1836. He received a land grant of 240 acres there in 1803. William and Joseph remained in the Armagh area of Indiana County Pennsylvania until their deaths.

William Graham, my third great grandfather married Mary McFeaters, another Scot, daughter of John McFeaters and Hannah Campbell who were the parents of 10 children, four dying as infants. James and Hannah’s fathers had both served in the Pennsylvania Militia during the Revolutionary War. John’s father and mother, James and Mary Armstrong McFeaters, were also Scottish with Mary’s mother Eleanor tracing back to David and Mary Smith Wallace of Ayrshire who brought their family to America in the early 1700s. Hannah’s parents were William Campbell Jr. and Hannah Young.

It is said that William Campbell’s father, William Campbell Sr., likely born in Cambeltown, Argyllshire, Scotland about 1702 came to America with two brothers, Charles and James, the three settling in Pennsylvania before the ministerial calling of James led him to join a group of Scottish settlers in the Cape Fear River area of North Carolina. James is said to have been the first Presbyterian minister in North Carolina preaching in both Gaelic and English. His biography, which is enshrined on a monument to him near one of the churches he served, gives his date of birth as 1705 and the location as Campbeltown, Kintyre, Scotland.

Should this claim be true, this lineage traces back generations through both Archibald and his wife Mary Stewart through the House of Stewart (Stuart) to the kings of Scotland beginning with James II in direct line of descent to Robert the Bruce (Robert I of Scotland).Through the generations there are connections to many more of the influential Scottish clans, including Douglas, Drummond, Gordon and Keith to name few.

January 21st, 2020 | 0 Comments
Graham ancestors are connected to the development of Johnstown, Pennsylvania