On March 29, 2016, surrounded by his family, our beloved Wayne Graeme Erickson, “Grandpa E,” was reunited with his forever sweetheart.

Wayne was born July 11, 1933 in Salt Lake City, on his mother’s birthday, to Angus Eugene Erickson and Ruth Graeme.

He graduated from South High in 1951.
Wayne and Mary Ellen Gardner were married on December 20, 1952 in Elko, Nevada and they shared over 60 years of marital bliss.

Wayne worked for Utah Power and Light until he retired in 1985. He remains a member of the IBEW.
Wayne loved his family and his Scottish heritage. He was a member of Clan Graham and the St. Andrews Society. He enjoyed golfing, traveling, rock hounding and was a member of the Nuts Club. Wayne is survived by his brother Lamar (Bill) Eugene Erickson, his four children Guy Eugene (Barbara), Vickie Lynn Downs (Tim), Kevin Lee and Lorie Lee Mair, 13 grandchildren, 16 great-grandchildren and one great-great grandson. Wayne chose to donate his body to the University of Utah Body Donor Program, as did his wife and other family members. 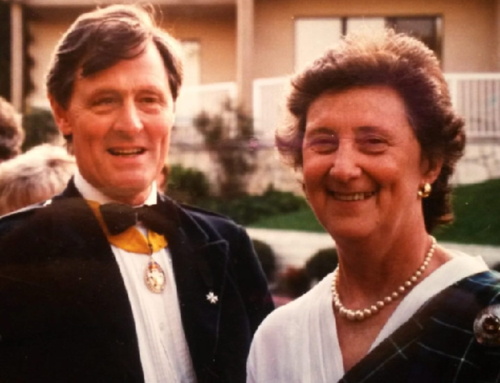