The governing body of the Clan Graham Society is the Council, which is composed of the elected officers, appointed officers, trustees, members-at-large and regional commissioners. Terms of office (years) are given below in parentheses for elected officers only. 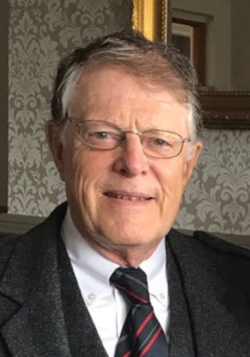 A Clan Graham chieftainship is granted by the Chief of The Grahams, the Duke of Montrose, at his discretion. If the Clan Graham Society wishes to suggest a candidate for the Chief’s consideration, the candidate shall be nominated by the Council of the Society and the nomination shall be sustained by a two-thirds vote of the membership at an Annual General Meeting.

The Clan Graham Society is an organization of the descendants of the families of the “Gallant Grahams” of old Scotland.

Its membership is made up of those Grahams who know and who propagate the very distinguished accomplishments and honorable ideals of the Grahams, past and present. Because of the large number of Grahams in Scotland, their wide dispersion all along the Highland line was from Montrose on the North Sea to Loch Lomond (and further west) down past Glasgow through the Lowlands to Carlisle on the Border.

Appointed by the Chief of the Grahams

*As of 1975 when the Society was established in North America